Bukit Timah is an area in Singapore and a hill in that area. Bukit Timah is located near the centre of the Singapore main island. The hill stands at an altitude of 163.63 metres (537 ft.) and is the highest point in the city-state of Singapore. The surrounding area is an urban planning area known as Bukit Timah Planning Area under the Urban Redevelopment Authority and is part of the Central Region, and lies Template:Convert from the city's central business district, the Central Area. This area is often referred to as Bukit Timah, and is also known as District 11.

Bukit Timah is considered the most expensive district in Singapore. Many high-profile personalities, expatriates and professionals reside in this posh district with houses, designer villas, bungalows and high-end condominiums.

Bukit Timah, which literally means "tin hill" in Malay, was already identified on the 1828 map by Frankin and Jackson as Bukit Timah. The hill was depicted on the map towards the northwest as two hills at the eastern source of the Kranji River.

Since the interior of the island was not fully explored at that time, the location and name of the hill for the map probably came from the Malay community. According to one source, Bukit Timah has nothing to do with tin. The original Malay name for the hill was Bukit Temak, meaning "hill of the temak trees", referring to pokok temak, a tree that grew abundantly on the slopes of the hill. However, to the western ear, Temak in Malay enunciation sounded like Timah, hence Bukit Timah. Some say that timah is an abbreviation of Fatimah, a popular Malay girl's name.

In December 1843, a carriage way road was completed leading up to the hill. A small hut with chairs was constructed for visitors. The hill was viewed then as an "excellent sanatorium", as the air was "cooler and fresher than the plain, producing an agreeable exhilaration of spirits".

Bukit Timah is known as eyam malai (tin hill) in Tamil, being a literal translation of the Malay name. For some, it is synonymous with the Singapore Turf Club, where members and paying visitors flock on race days. This course is closed to the public, unlike the former course (now Farrer Park) where the general public enjoyed watching the king's sport for free.

The 25-km long Bukit Timah Road, the longest road in Singapore, running north and south, takes its name from this hill. The road to Kranji was completed in 1845. Apparently, the area was so infested with tigers that it constituted a serious threat to human life. In 1860, nearly 200 people were reported to have been killed by tigers in and about the gambier and pepper plantations. The first ride on horseback across the island was along Bukit Timah Road in 1840; it took four days and was made by Mr Thomson and Dr Little.

Bukit Timah Road is known as tek kha kang a kinn in Hokkien, which means "the side of the stream in the tek kha (or Selegie Road) district". This only refers to the lower end of the Bukit Timah Road. The Wayang Satu and Bukit Timah village parts are differently called. The Hokkiens also refer to Bukit Timah as be chia lo bue, meaning "end of the horse carriage road".

Bukit Timah Road witnessed the last defensive stand against the invading Japanese army. During World War II, when the British lost Bukit Timah to the Japanese on 11 February 1942, they knew they had little chance of continuing the defence of the island as most of their food and supplies were stored there. On 15 February 1942, the head of the Allied forces, Lieutenant General A.E. Percival surrendered to Lieutenant General Tomoyuki Yamashita at the Ford Factory in Bukit Timah.

During the Japanese Occupation, Japanese troops built Syonan Jinja, a Shinto shrine (Syonan-to was the Occupation name for Singapore), similar to the Yasukuni Shrine in Japan but of a smaller size, at Bukit Timah. Two war memorials dedicated to the Japanese war dead and, surprisingly, to the British and Empire troops who died defending Singapore, were built at the site. Students, Japanese commanders and British POWs' representatives would gather there regularly to commemorate the dead during the Occupation.

Shortly before the Japanese surrender, Japanese forces hastily destroyed Syonan Jinja, on fears that returning British forces would demolish it in a dishonourable manner. The site of the Syonan Jinja lies in a grey area between the Bukit Timah Nature Reserve and Singapore Armed Forces restricted area. Several historians have been to the site, and an episode from then Television Corporation of Singapore (TCS) history documentary programme, "Hey Singapore", was based on Syonan Jinja. Since then, the Singapore Government has designated the place as a "Historical Site". No plans have been indicated to restore the site.

Some of the Japanese war dead were taken back to the controversial Yasukuni Shrine, while the remains of the British troops were interred at the British Commonwealth's Kranji War Memorial in Singapore. Nothing of the Syonan Jinja shrine remains, except for the ritual cleansing pond and several Japanese stone pavements left at the site.

After the Japanese occupation, the farms and plantations in Bukit Timah gave way to industrial buildings and high-rise flats. In the 1960s and 1970s, Bukit Timah was a major industrial centre. Today, these have been replaced with luxury bungalows, terraces and condominiums, making Bukit Timah Singapore's premier residential district.

The Bukit Timah Race Course, a thoroughbred horse racing facility, was opened in 1933 and operated until 1999.

The nearby area hosts many bungalows, typically expensive in land-scarce Singapore, as well as high rise condominiums. Many expatriates and well-heeled Singaporeans live in this region.

This region was later extended and Upper Bukit Timah (District 21) was formed. The Keretapi Tanah Melayu from Malaysia has a passing loop station here along its rail network from Johor Bahru to Tanjong Pagar.

Nottinghill Suites is a housing development. It is expected for completion in 2017.

Eco Sanctuary is a private condominium in Petir Road, Singapore. It will be completed in 2015.

The Hillford is a retirement home in Upper Bukit Timah, Singapore. It will be completed in 2017.

Mobile House is a house that is originally located at Bukit Timah to boost their special needs, for those who cannot find their house. It was built by 2009 replacing the decommissioned Metro-Cammell trains, already decommissioned by May 2011 to make way for the new trains.

St. Margaret’s Secondary School (SMSS) is an autonomous government-aided girls’ secondary school in Singapore, under the purview of the Anglican Diocese of Singapore. It is the first girls’ school in Singapore and is often regarded as the oldest existing girls’ school in the South East Asia. Our alumni is Adonia Teo and Rachel Tan, but the school had been participated in the emergency exercise for CCL on 27 August 2011. 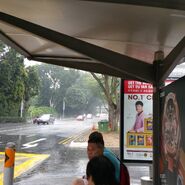 Hillcrest and Watten estate, that is near to Tony Tan's house. But that is opposite Coronation Plaza and Duchess Estate. 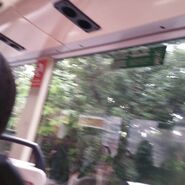 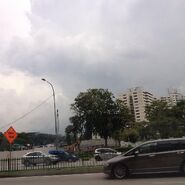 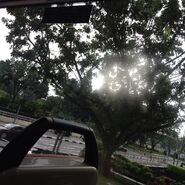 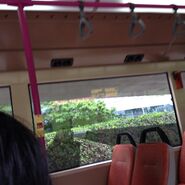 King Albert Park. It can also be called Dunearn Road and Blackmore. 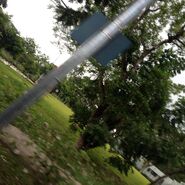 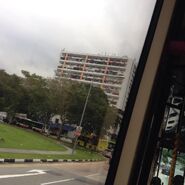 Newton Circus
Add a photo to this gallery

The Bukit Timah Satellite Earth Station (Chinese: 武吉知马卫星地面站; Template:Lang-ms) is the second satellite earth station in Singapore after Sentosa Satellite Earth Station in Sentosa Island. The station is located in Bukit Timah near Chantek flyover between Bukit Timah Expressway (BKE) and Pan Island Expressway (PIE). This station is managed and owned by SingTel with the building starting construction in 1983 and started operations in 1986. As it is located next to the BKE, motorists coming into Singapore via the causeway see this as their first landmark other than Woodlands. There have been rumours that this station is not only for SingTel use but also part of a joint military use with the US military as this station is guarded by members of the Singapore military rather than normal security guards.

Retrieved from "https://yourstudent-gemini.fandom.com/wiki/Bukit_Timah?oldid=20487"
Community content is available under CC-BY-SA unless otherwise noted.